100 Years and Counting with Andrew Butcher 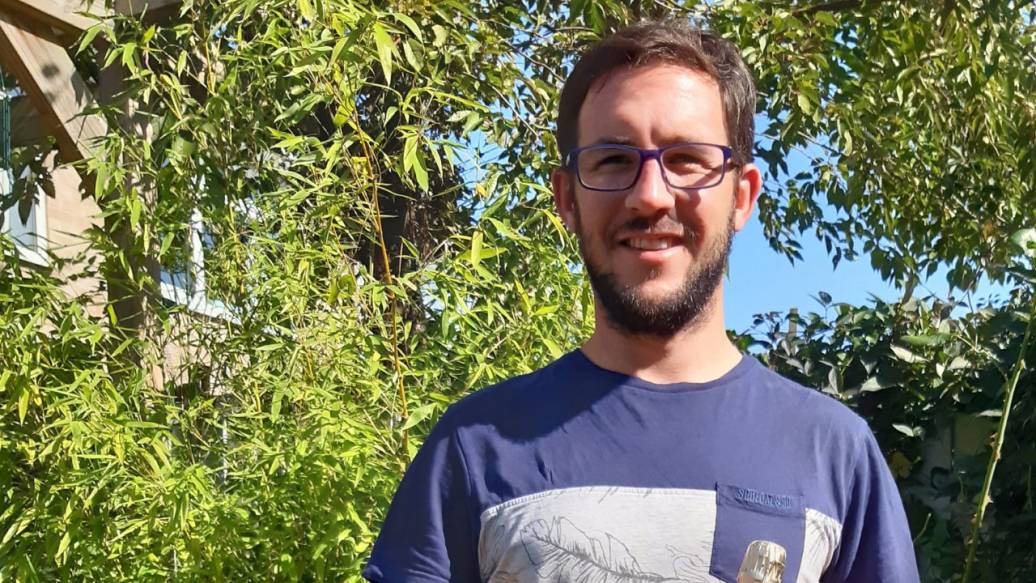 Andrew Butcher wasn’t sure what he wanted to do when he left school, so after his Career Advisor told him to do something practical, he started applying for apprenticeships. He decided to follow in his father’s footsteps and go down the engineering route.

He soon secured an apprenticeship with a different company but when Marshall Aerospace and Defence Group (MADG) offered him a role in their 2000 Manufacturing Apprentice Cohort, he asked his mother to reject the other job offer for him and he joined MADG in September 2000.

“The environment was completely different to school but everyone was in the same position and I soon made some good friends and found my feet.”

Andrew recalls a few funny memories from the start of his apprenticeship. Once he was learning how to do a curve patch repair in the workshop and ended up covered in aircraft sealant, he thought he did a good job cleaning himself up but the next morning he woke up to find sealant all over his pillowcase. Although the instructors and apprentices enjoyed a good laugh in the workshop, they all took the training aspect of the apprenticeship very seriously.

“The scheme has taught me practical skills that I will have forever. Even 21 years later, I’m still able to file a piece of metal perfectly or hacksaw 1mm to the line because I was taught at such a high standard. I still proudly have every piece of work I completed throughout my apprenticeship at home.”

Our apprenticeship scheme has instilled a love of life-long learning for Andrew and he has continued to learn new skills and gain further qualifications throughout his career with MADG.

After the apprenticeship he moved into inspection, calibration and then became apart of the newly formed Manufacturing Engineering team. He was keen to keep topping up his skill sets so he completed an Ordinary National Certificate and a Higher National Certificate in Mechanical Engineering. Once he successfully completed those, he moved onto an Integrated Engineering degree, which concluded nine years of additional learning, passing with a 1st class honours.

Andrew left MADG briefly in 2013 but couldn’t stay away and re-joined the company in 2015 as a Production Engineer. His passion for learning hadn’t gone away either as he completed a Manager and Leadership qualification gaining charted manager status. He became Engineering Continuous Improvement Manager in 2018 and started his Senior Leaders MBA with Anglia Ruskin University as part of the business Apprenticeship Levy.

“You have to find the best way of learning that suits you” for me it was a more practical and vocational approach, I owe a lot to Marshall for the opportunities the company has given me.”

We’re so proud to see Andrew’s career progression throughout the years. It goes to show that apprenticeships aren’t just for school leavers; there is funding available for companies to upskill their existing teams. Apprenticeships are for anyone willing to learn and expand their skill set.

Andrew with our late President Sir Michael Marshall after completing a marathon to raise money for Children With Cancer.