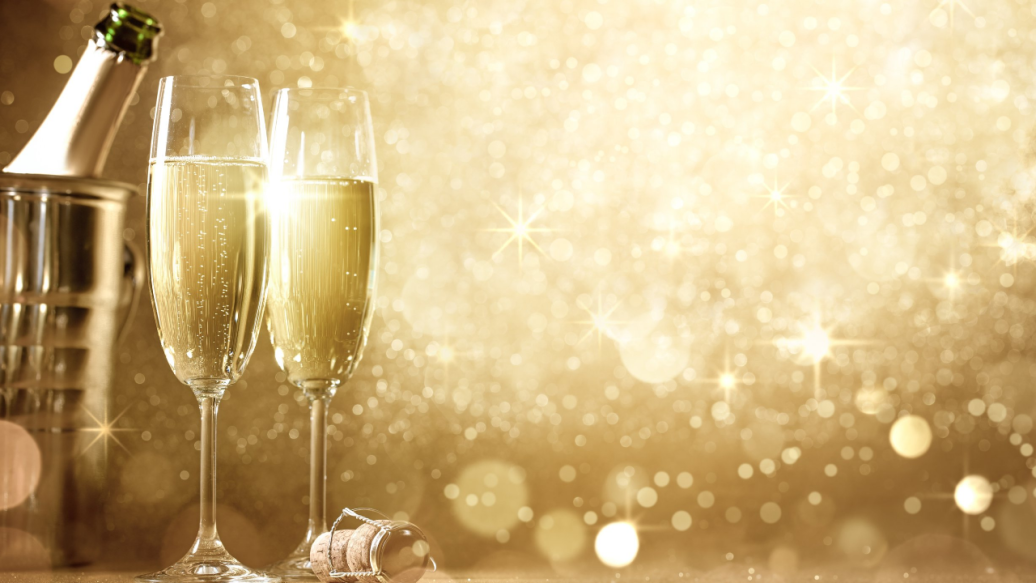 Marshall Centre are lucky to have some of the best trainers in industry possessing a broad range of real-world knowledge and experience. We recently honoured three of our trainers with long-service awards to thank them for their loyalty and dedication to developing future talent in the field of aviation, engineering and manufacturing. 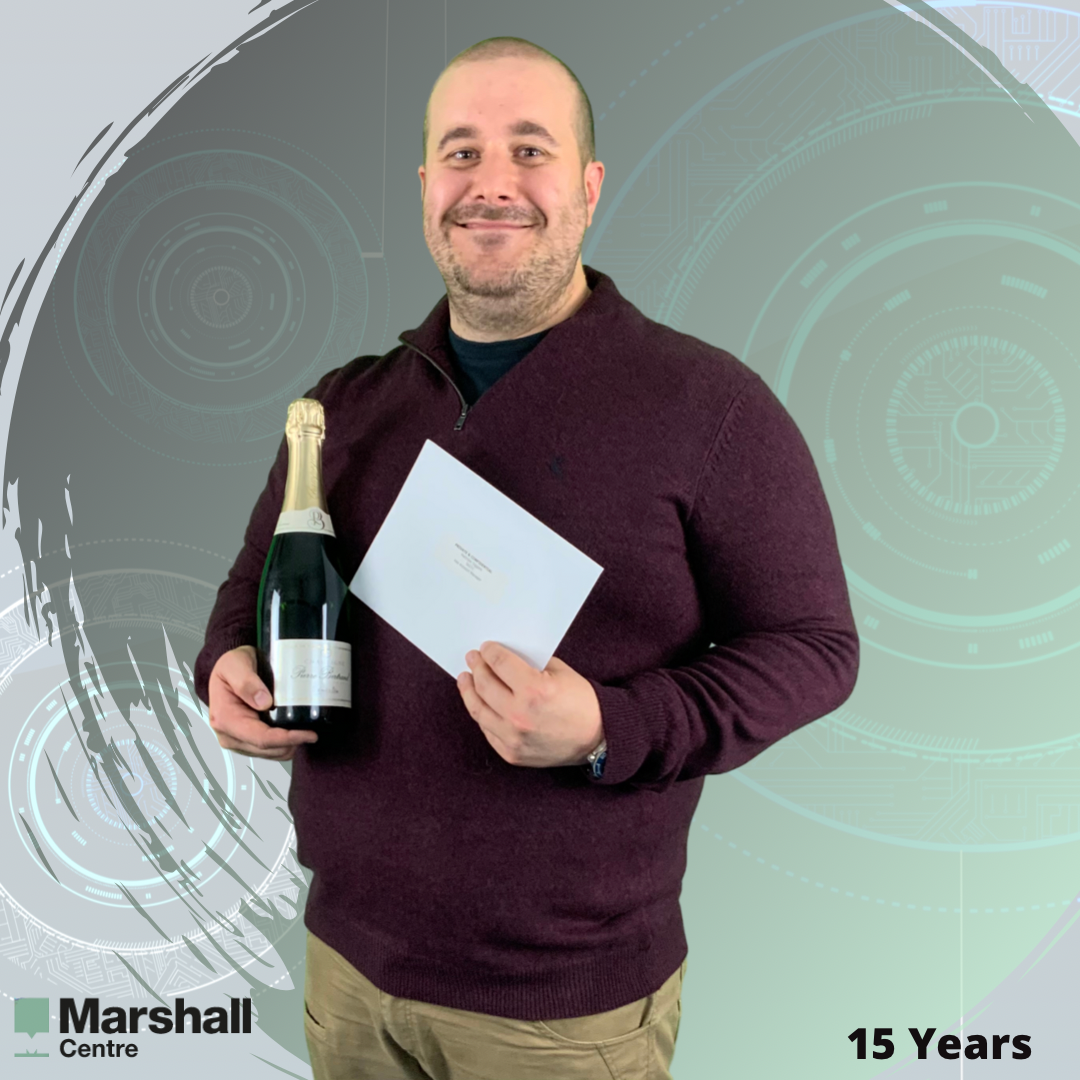 Since he was eight years old, Matt knew that he wanted to work on aircraft. Throughout his career he has worked on some great projects such as the A400M flight test bed. He gained a real insight to the wider business when he was appointed Union Deputy Conveyor and this grew his understanding of the need for collaboration for the benefit of organisation and employee. One of his greatest achievements was when he won a Marshall Achievement, Values and Teamwork Award for health safety and environmental initiative for working with the business to introduce more comfortable footwear and improving welfare. Matt loved his time in Operations as Project Manager, especially working with the RAF and international C130 inputs. Now, he gets to share his experiences and knowledge in Marshall Centre with apprentices fresh from school through to professionals wanting to achieve maximise the potential of their careers. 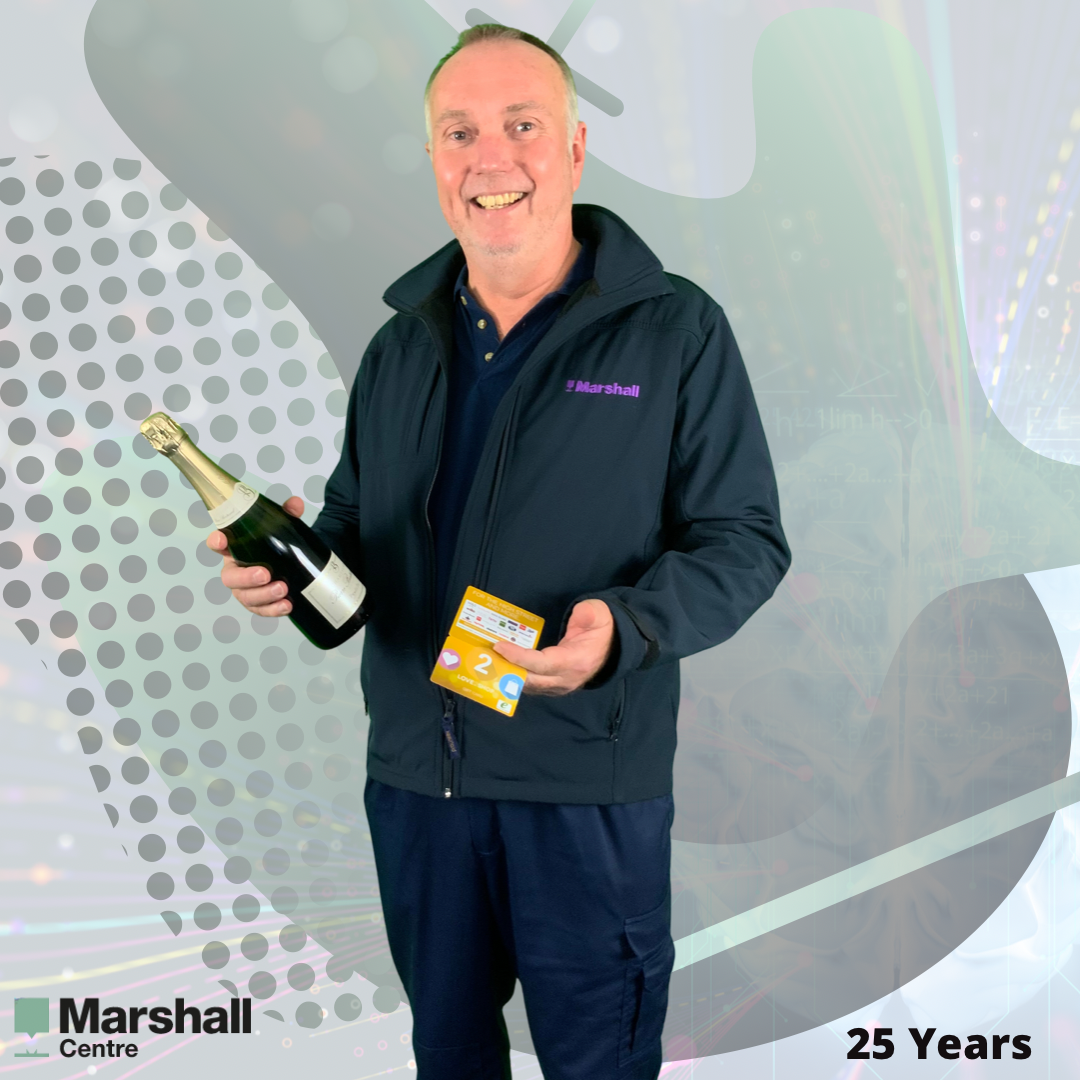 Dave joined Marshall Aerospace in July 1995 where he worked in manufacturing support. He was Initially employed as an aircraft panel beater to create double curvature components and skins for aircraft. After a short spell Wheeling skins on the English Wheel for aircraft, along with regular visits to Lyneham and Brize Norton, Dave became a Technician in the workshop. During his twenty-five years with Marshall he had the opportunity to work in many different departments from the development of the 737 fuel tanks, to the Boeing lightweight tanks and A318 long range fuel tanks. Dave then ran the team that built the HondaJet prototype engine nacelles. Through his experience with the long-range fuel tanks, he was seconded to the test Hangar to carry out cycle testing on the Boeing and other prototype tanks. In his last couple of years working in the Hangars, he had the opportunity to travel overseas in the capacity of sub-contract supplier training and Quality control inspection taking him to various countries including the Netherlands, Italy and India. For the past seven years, Dave found himself in what he describes as the “best of jobs”, developing hand skills with the Marshall apprentices in the apprentice workshop working with the company legends that are Keirron Mascall and Robin Lipscombe, and now, Zac Gibbs. 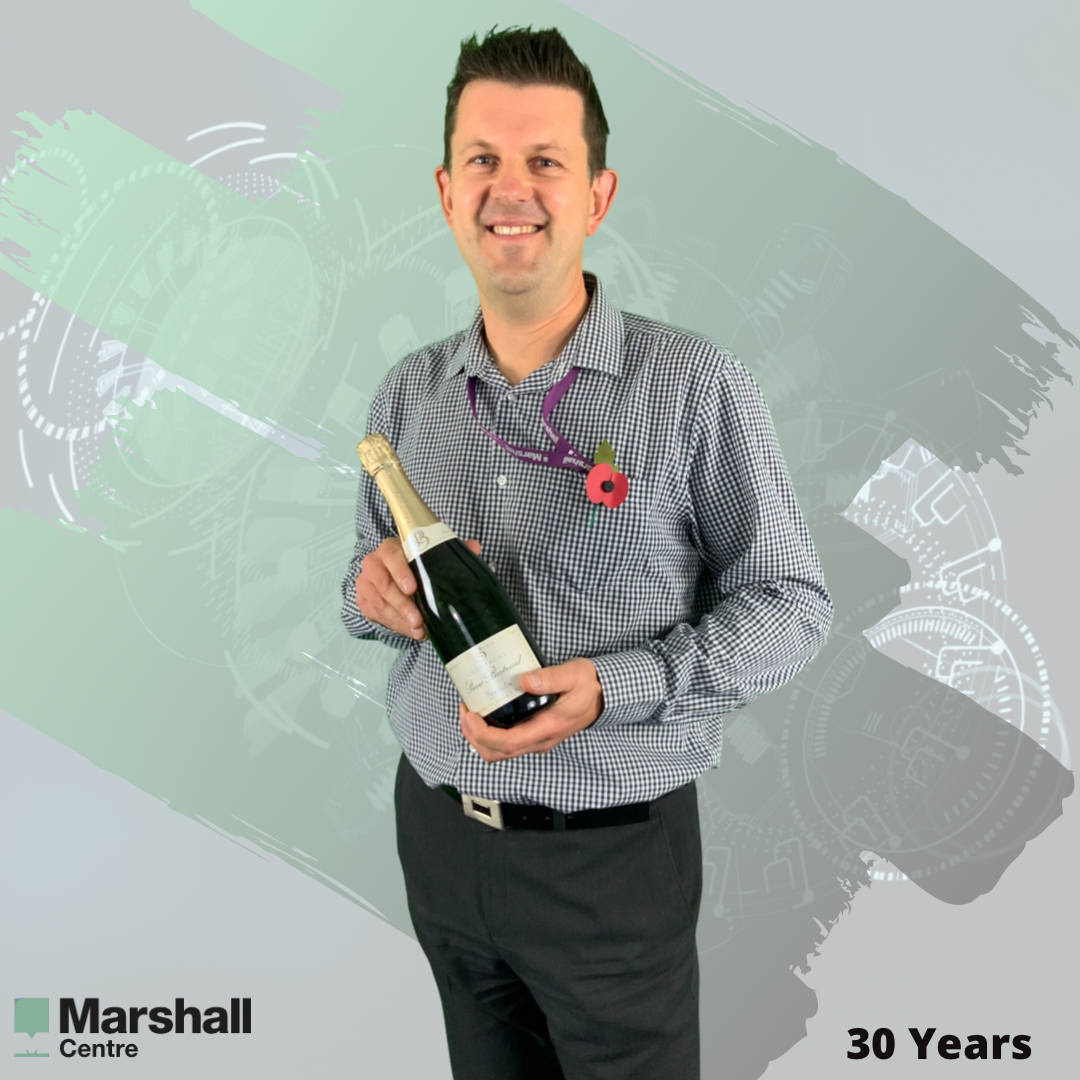 During his 30 years at Marshall, Jonathan had a varied career and has held many positions. Starting out as an Apprentice, and then qualifying as an Electrical Avionic Mechanic, progressing onto a Certifying Technician, and Senior Quality Assurance Engineer. Jonathan has worked on some interesting projects such as maintenance inputs on the Royal Air Force Boeing 707 E-3 Sentry, which is designated to provide Airborne Early Warning (AEW) to battle managers through the surveillance of airborne and surface objects and to provide control capabilities to fighter aircraft. He is proud of playing a leading role in the rapid expansion of Civilian Maintenance approvals allowing Marshall Civil to work on many different Boeing and Airbus aircraft, which he achieved through liaising with Senior Production Managers and Civil Aviation Authority (CAA) Surveyors. Currently, Jonathan holds the position of Quality & Compliance manager (Technical Training) for Marshall Centre. His role enables him to train others and pass on his experience gained throughout his 30 years’ service to many staff members including the next generation of apprentices.