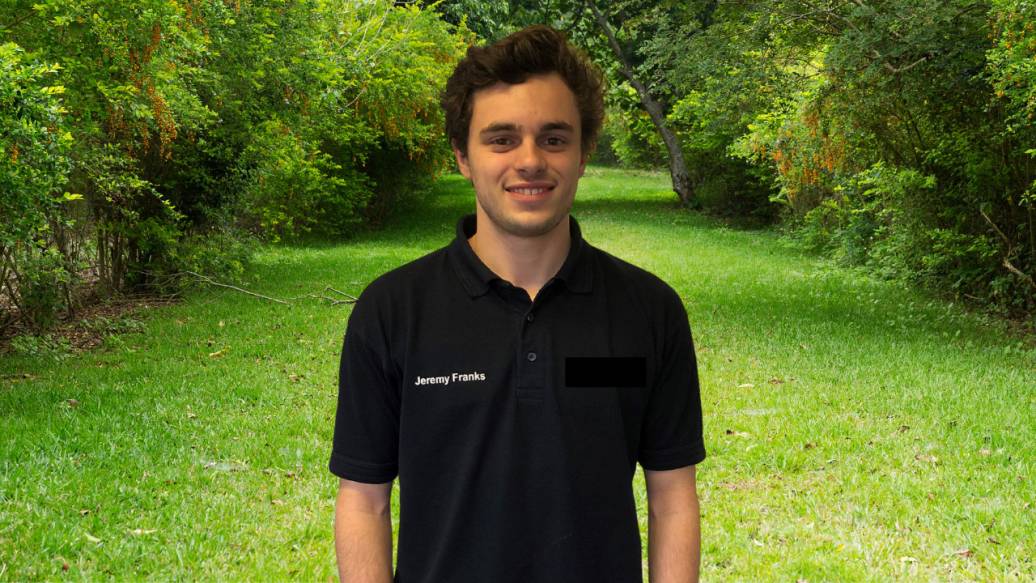 Marshall Centre is delighted that Marshall Aerospace apprentice Jeremy Franks has won a gold medal at WorldSkills UK 2021 in the Aeronautical Engineering: Mechanical category. He did not enter the competition expecting to win, but rather because he knew it would be a good experience and helpful for his career development.

After the initial application, Jeremy was asked to do an initial basic test to ensure he was suitable to compete. This was followed by the qualifier round, which involved building a magazine stand out of sheet metal and rivets to specifications set by the team at World Skills and judged by an experienced technician at Marshall Aerospace. Jeremy was then selected along with seven others to compete in the finals held in HMS Sultan in Portsmouth. Along with the judges and support staff, the finalists were joined by representatives from WorldSkills, Leonardo, and the Royal Aeronautical Society during the four-day final event.

The finals consisted of completing several timed tasks in a round-robin style set-up. The tasks included an insert repair, a primary flight control unit removal, a daily inspection of a helicopter, control rigging on a helicopter, a hydraulic design and set up and a borescope inspection. On the first day, the finalists could have a look at each station and find out more about what each task entailed and what to expect, although they did not go into too much detail to avoid giving the contestants a competitive advantage.

The winners were announced live on air by Steph McGovern a week after the competition ended. Jeremy was shocked and delighted when his name was called for first place as he was not expecting to win. Jeremy’s parents were also watching the live stream and were extremely proud of his achievement.

Jeremy started his career as an apprentice at Virgin Atlantic but moved over to Marshall Aerospace when he was made redundant due to COVID in 2020. Jeremy said that he is pleased to have joined Marshall as he has gained more varied experience working on the shop floor in the Marshall hangers. Jeremy is in the third year of his apprenticeship and has already proved to be a fantastic asset to Marshall.

Following on from Hayden Jakes’s MBE gold medal win at the WorldSkills International in Kazan, Russia (2019), Jeremy has once again demonstrated the extraordinary competency and talent that Marshall apprentices are known for.