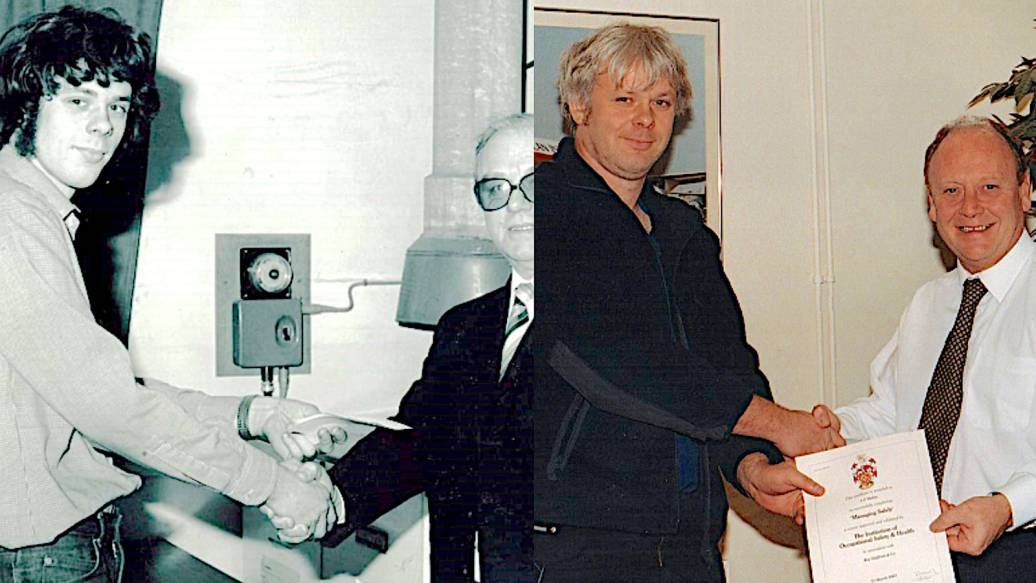 Back in 1978, when Alistair Bailey joined Marshall as an airframe fitter apprentice, the aviation world was a very different place.

“My first day of going around all the different hangars – crikey – it was a real eye opener,” he remembers.

“In those days, no matter what hangar you went in, all you heard was the noise of working. The rivet guns, the cranes, the sound of metal on metal – the noise was just relentless, and exciting. I was amazed.”

Alistair’s first year was spent in the Marshall Training Centre with tutors Robin Lipscombe and Keirron Mascall. “It gave us a brilliant grounding and discipline,” he says.

“Some people you meet in life leave a mark on you, and Sir Arthur was definitely one of those people,” Alistair says.

“He was strict and down-to-earth but everyone respected and admired him. Sir Arthur also knew your name – which at a young age can be quite frightening!

“He would engage you, and be engaging, and you would always leave feeling you got something out of it,” he says. 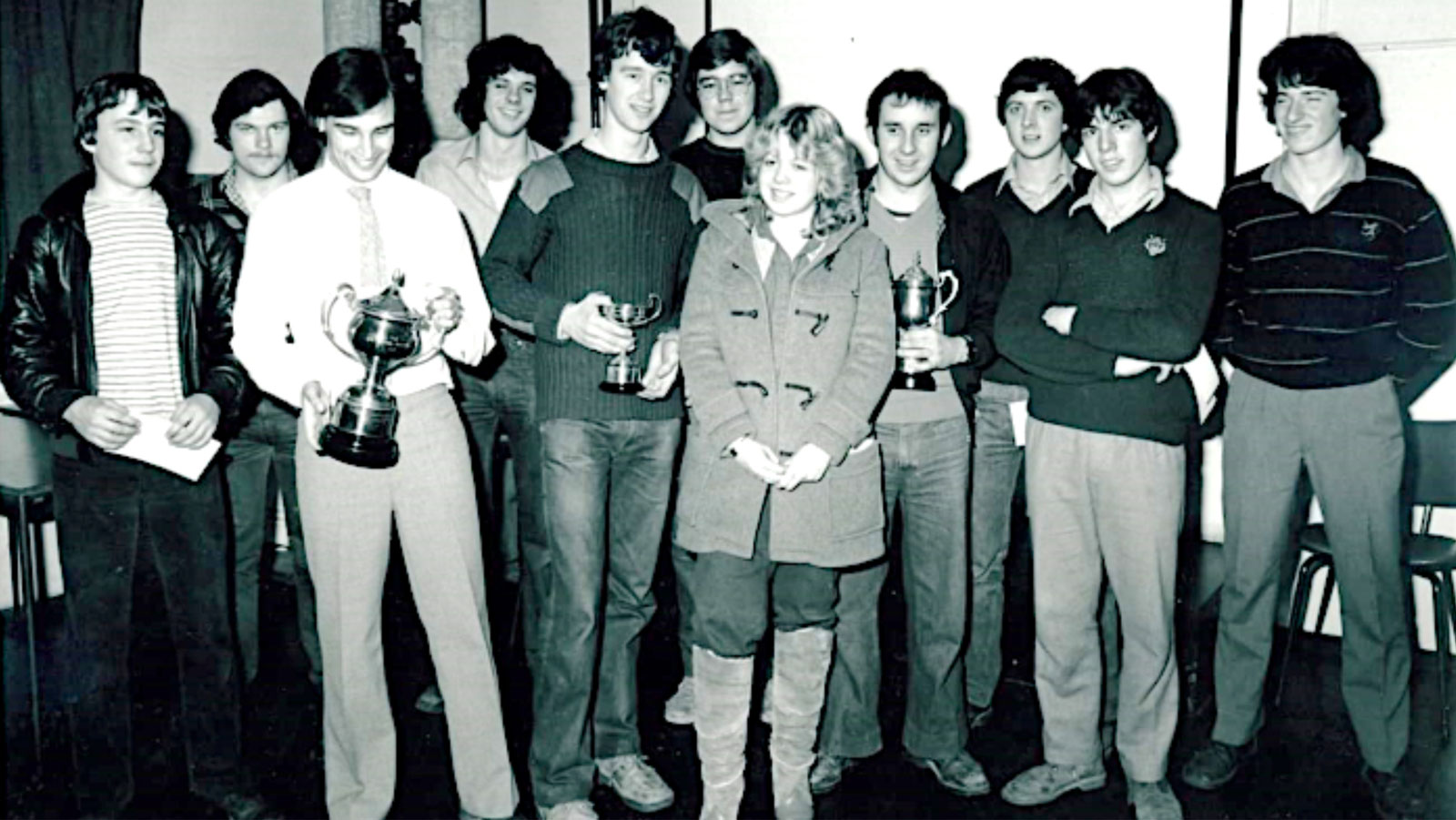 “Throughout my apprentice years, and long afterwards, if you didn’t know the solution to a problem then you always knew someone who did,” he says.

“That was the beauty of the apprenticeships – going round all the different areas and picking up knowledge and assimilating information. People passed their knowledge on.

Having qualified in 1982, Alistair stayed on at Aerospace doing a plethora of different jobs and specialists tasks.

These included special missions tasks during the Falklands War and detailed citations for the Spanish Navy Armada.

There were also jobs he calls ‘first offs’ – such as the first pods on the C-130s.

“Those kind of jobs I’m eternally grateful for because Marshall was pushing the boundaries of the possible; it was a life-learning experience,” he says.

Alistair ventured to new pastures in 1987 but returned to Marshall in 1995.

“What I remember in those years is that whenever I applied for a job and they saw that I was a time-served Marshall apprentice, they just went, ‘wow, come on in’.

“It was amazing to see that Marshall was held in such high regard throughout the aviation industry. It always opened doors.”

Upon his return in 1995, Alistair worked his way up to become a team leader working on military and civil Lockheed TriStars.

Then, in 2007, he moved over to Quality Assurance at a time when Marshall was strongly focused on safety management, which Alistair was always interested in.

His interest in safety reflects his role today as Marshall’s Flight Test Air Safety Manager. Alistair is also a member of the UK’s Air Flight Safety Committee, an association of professionals dedicated to the improvement of aviation safety.

“From putting in rivets in 1978 to where I sit now, representing Marshall at the very highest level of the UK aviation sector, I feel very lucky and very privileged,” he says. 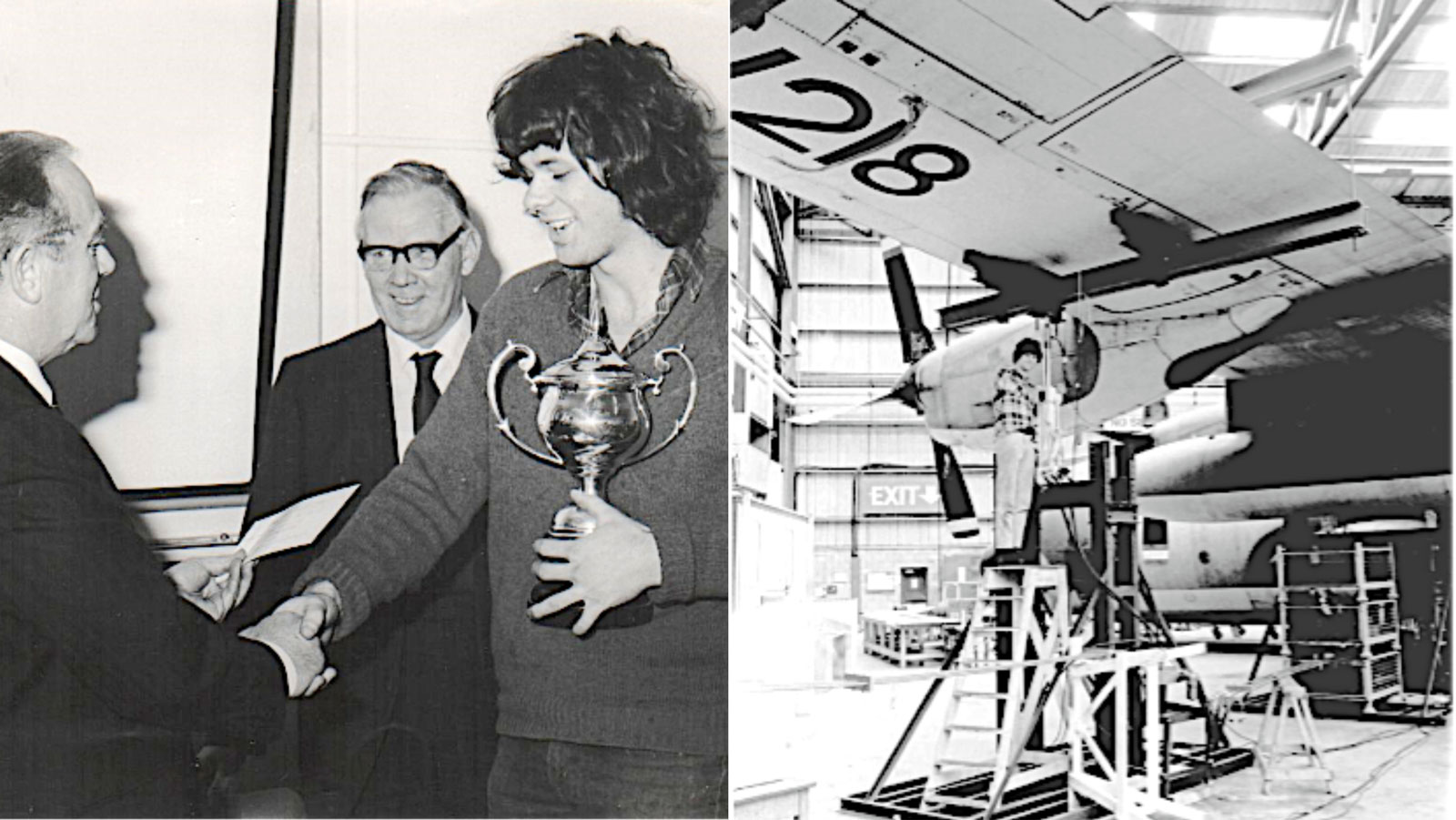 Alistair’s advice for young people who are considering an apprenticeship is to go for it.

“If you’re thinking about doing an apprenticeship then you’re probably halfway there,” he says. “It’s something you will always look back on with pride, especially if it’s a place like Marshall.”

Alistair says you also have to love ‘tinkering’ in order to get the most out of an apprenticeship. “If you’re a tinker, you’ll get it,” he says.

“If you enjoy taking something apart, understanding it, putting it back together, and then watching it fly away safely knowing you helped with your own hands – it gives you a huge amount of satisfaction. And that’s what an apprenticeship can give you.”