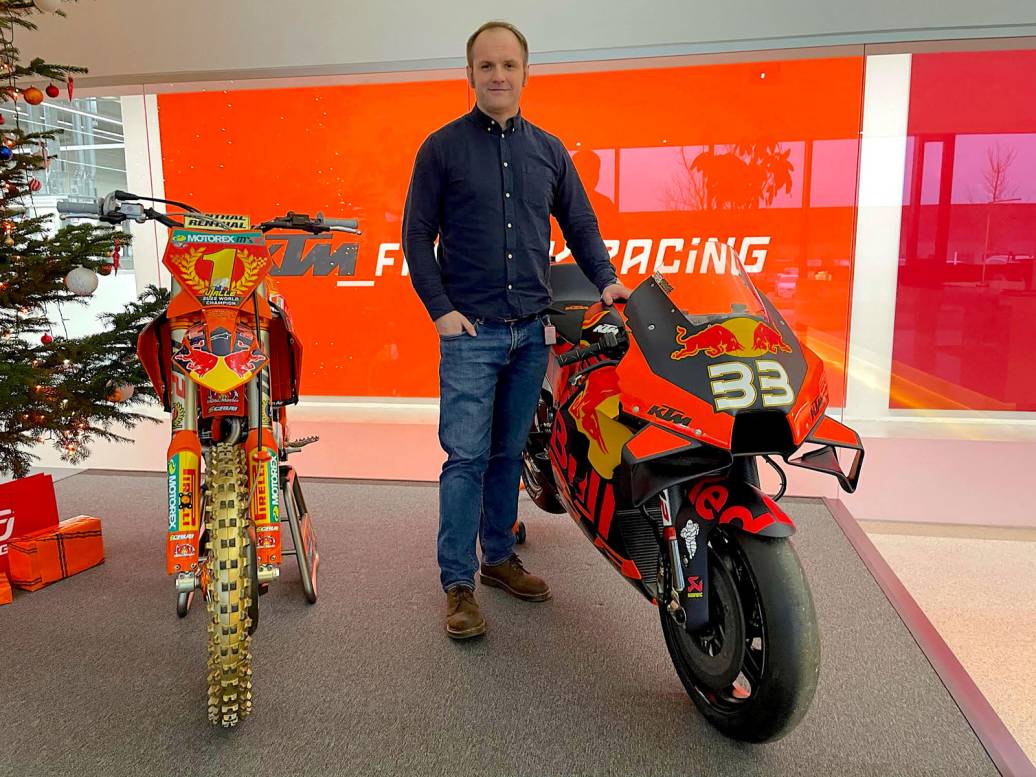 Ben Thornton remembers exactly how he felt when he first joined Marshall as an apprentice back in September 2001.

“On my second day of joining, we watched the Twin Towers being knocked down in New York – so it was an extremely strange and memorable day,” he says.

At the time, Ben had finished his A-Levels and was working at a small aircraft company restoring old de Havillands (“just trying not to cause any damage,” he remembers) when his boss suggested that he apply to Marshall.

“I wasn’t really sure what to do – get a job or go to university,” Ben says. “My boss used to rave about the apprenticeships at Marshall and suggested I go for it, so he wrote me a reference and I applied. It was a really good decision.”

Ben started out as an airframe fitter apprentice but soon switched over to a draughtsman apprentice in the drawing office.

“Airframe wasn’t really working for me but Marshall were very supportive and worked out a solution whereby I could switch apprenticeships,” Ben says.

“Marshall also helped pay for me go to university, which I’m really grateful for. In fact, I am where I am today because of Marshall's support.”

For Ben, one of the standouts of his time as apprentice was the exposure to the level of engineering and craftsmanship. “It’s a very, very high standard,” he says. “Especially when you see the experts riveting joints and trimming off holes. There is an art to that kind of trade.”

Another standout is mentorship.

Ben fondly recalls Robin Lipscombe and Keirron Mascall who, for many decades, worked together as a legendary double act to mentor thousands of apprentices and were pivotal in developing the next generation of engineers.

“Robin and Kierron were true mentors for me,” Ben says. “I learned so much from them because when you’re a young lad you don’t get taught about work ethic at school, but Robin and Kierron taught me about the importance of having a work ethic.

“They also taught me about patience – especially when you’re filing a solid block down for a few weeks! So I hold them both in high regard.”

Working in F1 and MotoGP

For more than 10 years, Ben has worked as a Composite Design Engineer for the Mercedes AMG Petronas F1 Team at its state-of-the-art headquarters in Brackley, Northamptonshire. (While he thinks Mercedes driver Lewis Hamilton is a living legend, his all-time favourite is Nigel Mansell.)

“My specialism has always been composites, so my new role is similar to my F1 role in that I design every part of the bike except for its motor suspension. Truth is, I’ve always loved motorbikes.”

Ben says his love for bikes started at Marshall.

“There was a group of us who had motorbikes,” he says. “Nobody could afford a decent bike but we had fun fixing them up and, with help from Robin and Keirron, we would get them running and go terrorising around Cambridge on our bikes.”

A MotoGP fanatic, Ben says his favourite rider of all time is Italian legend Giacomo Agostini, whose dominated the sport in the 1960s and 1970s.

“It’s his incredible win rate and his incredibly low rate of crashing and falling off – which in those days was a matter of life and death,” Ben says.

His advice for young people thinking about an apprenticeship is to consider the opportunities it presents.

“If you’re not sure what you want to do, then an apprenticeship in engineering is a great foundation,” he says. “If you start an apprentice at 18 you can always still go to university later on, which is what I did with Marshall’s help.

“Better still, with an apprenticeship you can diversify into so many different routes after you have qualified.”