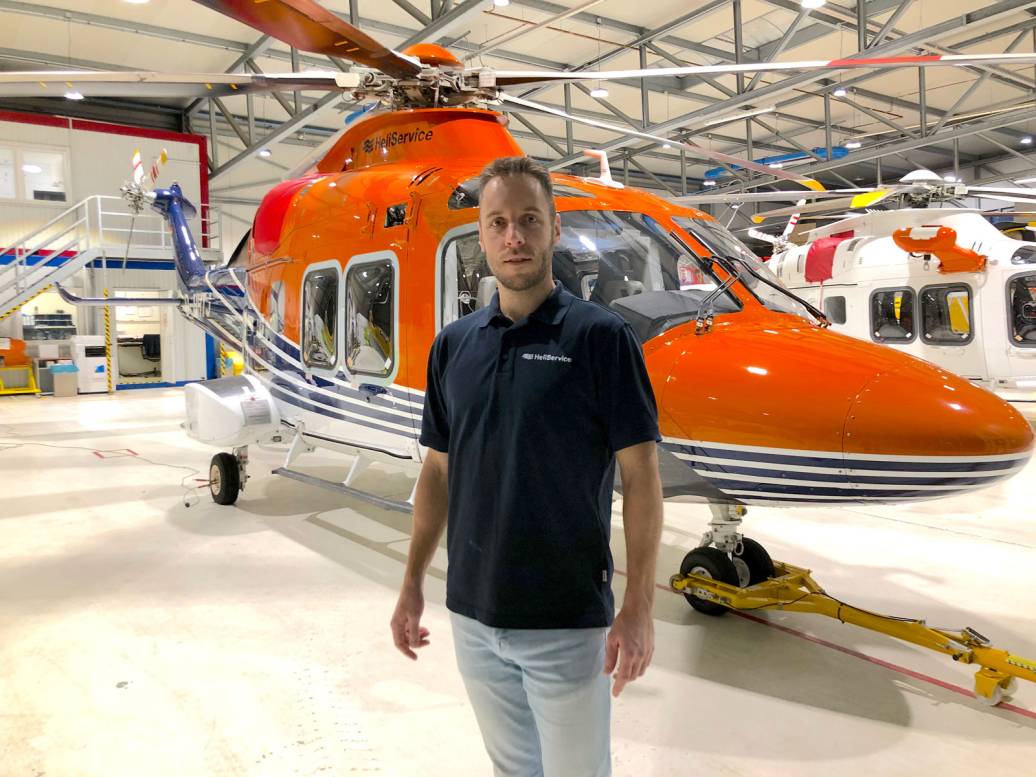 Jeroen Raemakers was studying engineering at Perth College in Scotland when he first came across Marshall. “I was coming to the end of my training and looking for an apprenticeship to get started in my career and Marshall seemed the best fit,” he says.

Joining as an airframe fitter apprentice in September 2003, Jeroen remembers the excellent mentorship of both Robin Lipscombe and Keirron Mascall.

“Robin and Kierron were both fantastic, and great to work with,” he says. “They were also extremely knowledgeable and taught me about how to work accurately and efficiently – which suited my temperament very well.”

Qualifying in October 2005, Jeroen says his apprenticeship at Marshall was a very high standard and helped him significantly in his career.

“Certainly with regards to sheet metal work and structural work, and all the other skills I gained at Marshall, it really helped me going forward and it’s something which I have always managed to keep a hand in,” he says.

Jeroen was attracted to the helicopter business as opposed to fixed wing. He first worked in Aberdeen with British civil helicopter operators Bristow Helicopters, a leading provider of helicopter transportation to energy customers, as a B1.3 licensed aircraft engineer.

“At the time, they were flying offshore operations for the North Sea oil and gas with the Super Pumas – big 16-passenger helicopters,” he says.

He has also worked B1.3 licensed aircraft engineer and later a technical manager (Part-145 and Part-M) for CHC Helicopter in Dan Helder, North Holland.

The Texas-headquartered helicopter services company has major operating units in Australia, Brazil, Ireland, Norway, the UK, and the Netherlands – where Jeroen is still based.

He is now a B1.3 and C technical office engineer certifying AW139 and AW169 helicopters for Heli Service International, the Germany-based company which is a leader in offshore transportation, hoist operations, helicopter maintenance, and HEMS (Helicopter Emergency Service) for Leonardo and Airbus helicopters.

“It’s quite a wide-ranging role,” Jeroen says. “That’s typical of the helicopter business in general because you get the whole operation of an aircraft to take care of. In that regard, my position branches out much further than maybe the typical path you would find doing fixed wing.”

Jeroen is very encouraging towards young people who are considering an apprenticeship in engineering, and especially at Marshall.

“Quite a lot of other apprenticeship schemes just go through the basic modules and the more theoretical side of things, whereas at Marshall it was very much more hands-on, which kind of puts you at a different level,” he says.

“My advice for young people is to absolutely go for it; but also try to think beyond your apprenticeship and look to the broader horizons – especially when it comes to getting you license.”

In his free time, Jeroen is approaching the end of a home-study course to become a fitness instructor.

“I live on the North coast of the Netherlands which runs all the way down to Amsterdam so it’s pretty much unbroken coastline,” he says. “There’s a decent kit surfing culture here – but don’t ask me send to you any videos of me kite surfing because I’m still new at it and not very good!”